Summer and seaside are, in my mind, as closely connected as fish and chips and bucket and spade! Growing up in the south of England, the journey to the seaside only took an hour and we would frequently go for day trips in the summer. So, given that we are now in the season of summer, our theme for the next fortnight will be BESIDE THE SEA. We will look at this by taking a theme for each letter of the phrase: B for beach, E for encourage, S for sea, I for insight, D for drown, E for enjoyment, T for tired, H for harbour, E for exit, S for sky, E for everywhere, and A for always. 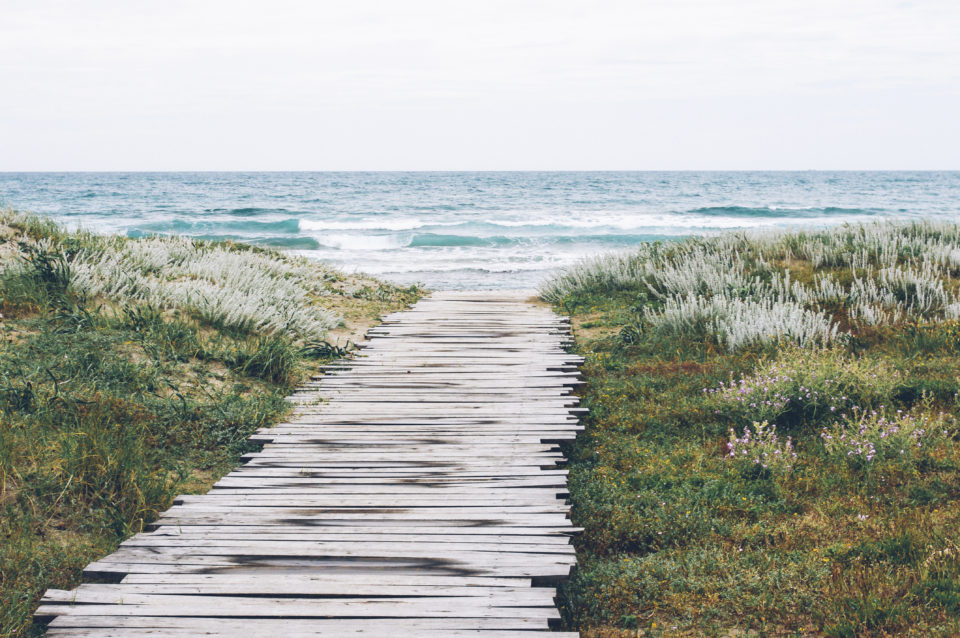 Beside the Sea - E for Everywhere

The idea of being everywhere and nowhere was expressed in a song by Slade in 1985, and our pace of life may, at times, cause us to resonate with this! While we may find ourselves in a season of increased activity, or challenge or stress, with little time for reflection and less awareness of God’s presence, this does not, in any way, diminish his presence with us.

This was Jacob’s experience when he was fleeing to his Uncle Laban after he had received Isaac’s blessing through deception (Genesis 27 & 28). He stopped for the night at Bethel on his journey to Haran and while he slept the Lord appeared to him in a dream. In the dream he saw a stairway reaching from earth to heaven with angels going up and down it. The Lord was at the top. He spoke to Jacob about his descendants, the land, and promised that he would be with him wherever he went. When Jacob awoke from his sleep, he thought, “Surely the Lord is in this place, and I was not aware of it.” (Genesis 28:16 NIV) His response to the dream was to take the stone he had used as a pillow and stood it up as a memorial pillar.

Reflect back over the past year and recall the times that you have, like Jacob, encountered God unexpectedly. Then, as an act of praise and thanksgiving, imagine building a small tower with bricks, where each brick represents an encounter. Or, you may prefer to take a piece of paper and draw a tower and write on each brick.

A recent example of God being everywhere is described in Mark Batterson’s book Draw the Circle – The 40 Day Prayer Challenge (Day 39 p. 217-218). Ken Gaub was driving in Ohio USA, and stopped at a restaurant. While his family went in, he took a few minutes to stretch his legs. He heard a payphone at the garage nearby ringing and ringing, so thinking it might be an emergency he answered it. The operator said she had a long distance call for Ken Gaub! He almost fainted – he was in the middle of nowhere! It transpired that a girl, in Pennsylvania USA, was contemplating suicide and decided to pray one more time. She remembered Ken from the television and thought he might help her. As she prayed, some numbers came into her head and she decided to dial them, and found herself speaking to Ken!

We use cookies to ensure that we give you the best experience on our website. If you continue to use this site we will assume that you are happy with it.OK