Extracts from the forthcoming ‘Sea Salt’ daily devotionals — a book by Dorinda. 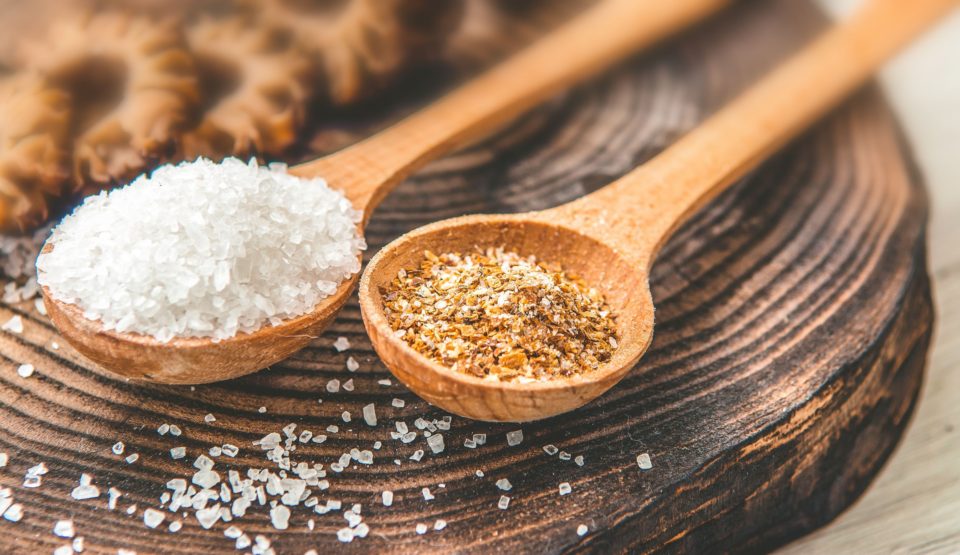 At a first glance, the title Sea-Salt may seem somewhat obscure! Is this a series about salt, looking at its culinary uses or its dietary implications? No it is not! Perhaps an explanation would be helpful…….

Sea comes from the theme of the website Into-Deeper-Waters (into-deeper-waters.com) and salt, not only because sea water is salty, but also because salt has been used for its preservative and healing properties for thousands of years. In the same way that salt can preserve and keep food, so the Word of God can preserve and feed us, as we travel through life. The Word of God has been active for thousands of years too and listening to it and pondering on it is a key ingredient in our journey of faith.

There are already innumerable daily devotional books and blogs. I myself have been greatly encouraged by a number of them and I never for one moment thought I would endeavour to write my own. However, as I have pondered on how to develop and expand Into Deeper Waters, so the idea of writing a weekday thought/word has kept reoccurring. Initially I thought it would take the form of a book.  But as I pondered on the idea, I decided to make an online resource for busy people on the move, looking for stillness and spiritual formation.

So what is the format? Well, given the importance of pondering on the Word of God, the format will continue the theme of the website. It is designed to provide busy people with the opportunity to stop and be still as follows:

Stillness
Begin with a couple of minutes of stillness and silence, to let go of the things on your mind and to become aware of God’s presence.

Read
Read the verse of the day and the brief comment.

Ponder
Ponder on a word, phrase, or the whole verse, for a few minutes.
Turn it over and over in your mind and see what God says to you about it (5 minutes)

Some days themes/topics will be suggested for prayer. Other days you may choose to pray through the insights you have gained from pondering on your chosen word/phrase/verse.

I would also like to invite you to close each prayer time with the Lord’s Prayer (found in Matthew 6:9-13). It is a prayer of both simplicity and depth and I have found, in recent years, its power and relevance an increasingly significant part of my prayer life.

The Lord’s Prayer must be the most well-known and oft repeated prayer in the Bible. It is the model of prayer that Jesus gave to his disciples in response to their request that he teach them to pray. It contains the essential elements for prayer and is widely and regularly used across denominations.

As a child I was brought up to recite it aloud before I went to sleep each night – to the extent that when I was very small, I believed that one couldn’t actually go to sleep unless it had been said!

However, I found that over familiarity/frequent use at home, school and church lessened its importance and impact for me, although at times of crisis, even when my faith was low and dim, I found I defaulted to it.

As my faith grew and strengthened, so its power and relevance became more important. This was brought home to me on a prayer trip in the Middle East, where finding myself unable to pray, I felt promoted to recite the Lord’s Prayer. I began falteringly but as I persevered, I gained momentum and was then able to move on to pray for the people and situations where we were.

In the account in Matthew’s Gospel, Jesus ends the prayer on the theme of spiritual warfare with ‘deliver us from the evil’, but apparently ‘it would have been very unusual for a Jewish prayer to have ended without a doxology.’ ( Emotionally Healthy Spirituality Day by Day – A 40-day Journey with the Daily Office, Peter Scazzero, 2014 p.182). The doxology has become part of the prayer across denominations, but it is important to recognise where Jesus ended the prayer.

Our Father in heaven,
Hallowed by your name.
Your Kingdom come.
Your will be done
On earth as it is in heaven.
Give us this day our daily bread.
Forgive us our trespasses
As we forgive those who trespass against us;
And lead us not into temptation,
But deliver us from evil.
For thine is the kingdom, the power and the glory,
For ever and ever Amen.

There are many ways to pray this prayer, speaking it, saying it silently, singing it or through movement/ actions. Have you ever experimented with putting actions to portions of Psalms, songs or prayers? It can be an enriching experience. I would like to invite you to consider either, creating your own actions for the Lord’s Prayer, or you can use the actions described on the website

So whatever your previous experience with this prayer is, I encourage you to use it as part of these daily devotions.

Carry
Carry the word, phrase, or whole verse with you, into the day, and repeat it at intervals during the day. Perhaps as you drive or travel, or as you do everyday tasks, like washing up or cleaning your teeth!

Centuries ago the Eastern Orthodox Church developed the tradition called Hesychasm. It involves the practice of repeating a simple prayer over and over again. It is a way to focus our thoughts on God and to enable God to enter our hearts. You can also use a Bible verse in the same way, and I have found this to be a significant ingredient for the journey of faith. It can be a way of engaging with God at the depths of our being. As the writer of the letter to Hebrews comments, “the word of God is alive and active, sharper than a two-edged sword. It cuts all the way through, to where soul and spirit meet, to where joints and marrow come together.” (Hebrews 4:12)

It maybe, that on some days you do not feel drawn to a specific part of the verse/ verse of the day. On these occasions you can reflect on what thoughts, images, memories come to mind as you read the verse. You could carry the verse from the previous day into the day or ask God to give you another one, that meets you where you are, and is more apt for your situation/circumstances.

Record
You may like to chart the journey, by recording the word/phrase/verse you chose each day and what you gleaned from God about it, in a journal. You may have time to do this daily or maybe it would be easier for you to take time once a week to do so.

Why write? Well, there are many reasons. For example, recording the insights helps to clarify our thoughts, feelings, views and experiences. It helps to chart the journey and it can log the changes which occur along the way. You can read more about Journalling

This format is a framework and it is not cast in stone! You can take as much or as little time, as you like or are able to, over it. Furthermore, while it is designed to be done each weekday, leaving the week-ends free, it is not imperative to do so, though it is highly advisable to have the discipline of a daily weekday rhythm.

Over the course of the journey we will take various themes and look at them letter by letter. For example: TRAVEL will be T for time, R for rest, A for always, V for venture, E for eternity, and L for love. When starting a new journey, it can be helpful to begin by reflecting on where you have been, what’s been happening in your life and what your expectations are for the road ahead. The first two reflections will give you the opportunity to just that!

You may be wondering how I arrived at this format and what influenced my decision making. So, I will give you a brief account of how it evolved!

It began with a friend coming for coffee one morning. In the course of our conversation about devotional books and those which we had found helpful and encouraging, she suddenly said, “You could write one!”  I smiled and said “No! I don’t think so!”

However, her words struck a chord somewhere within me and after she left I went upstairs, to my study and sat down at the computer. I prayed that if this idea was of God, then a title would come…….instantly Sea-Salt came to mind and I began to type the introduction!

I left it for a number of months. Then, one evening prior to going to the recording studio the next day, to record more meditations, for the website (www.into-deeper-waters.com), my voice began to fade and I decided to stop practising and preserve it for the next day!

Instead, I clicked on the Sea-Salt file and prayed about the way forward.  It came to me to take words and write about them letter by letter.  To be honest, I have used this method before, both in writing articles and in audio meditations.  A few words came,….. then more,…… then more!  When I counted up the letters there were enough themes for five days a week, for fifty two weeks!!  The embryo of the series was formed!

So let’s pick up our mustard seeds of faith and journey together along The Way ahead of us, praying that God would shed light on our paths, and guard and guide us throughout.